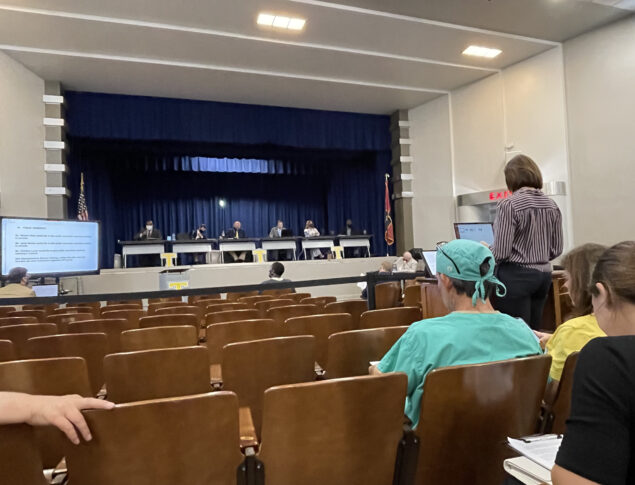 On Tuesday, August 10 Brady Williamson and I traveled to Tupelo to attend the Tupelo Public School Board meeting.

Neither of us represent that area of the state but local parents asked the Mississippi Freedom Caucus for help and support as they fight for their right to make healthcare decisions for their own children. Like several other school districts across our state and our country, parents are finding school board members who are ignoring parent’s wishes and making healthcare choices for their children without the parent’s consent.

In Tupelo, a mask mandate for all children throughout the school system has been implemented without regard for the health and safety of individuals and these parents wanted to present their case against the mask mandate.

During the course of this school board meeting, I observed honest decent parents who have legitimate concerns about the health and education risk of demanding their child wear a mask all day during school. They prepared talking points and presented themselves as respectfully as possible.

But I also observed a school board who was the most arrogant and uncaring group of people I’ve seen in some time. This board showed that they cared nothing about hearing facts or all sides of an issue before making a decision. They were also extremely disrespectful of the parents, who are the very people for whom they work.

Each parent was given three minutes to make their comments, unless representing a group of people, and then they were given six minutes. The first parent to present came to the end of her six minutes but had not completed her comments. When the buzzer sounded the parent to follow offered to give up her three minutes so the first parent could finish her comments. The Board refused to allow that simple act, proving they didn’t care about what the parents were saying.

It is time we all take a stand and demand our rights. If someone believes a mask provides them safety then they should wear a mask but they have no right to make that decision for someone else. If the vaccine and mask are affective, then they have no reason to fear anyone who chooses not to wear a mask.

Our fight for freedom never ends.