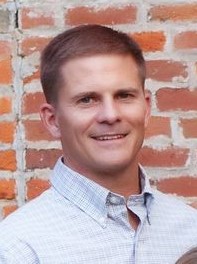 (This article originally appeared in The Panolian on April 28, 2021)

If you didn’t read last Wednesday’s article by Jeremy Weldon, “Rep. Williamson railed against at local board meetings,” please do. It’s 100% true. When I ran for State Representative, I promised that I would fight against taxes and big government, and that is exactly what I have done. It is no surprise that my position has angered some politicians who want more government funding. It’s not the first loud and childish attacks by individuals that think a tax or bigger government is the answer to a concern. These guys say, “some taxes are good,” but I say fewer taxes is better. And, although taxes are sometimes spent well on core functions of government, that is not the case here.

Being a Representative has held me to a higher degree of accountability, because it’s not for me, it’s for so many I represent. And in this case it’s a community that proves it can do more with $1 than the government can do with $10. Like a Sardis Lake Church that funds their mission trips with an annual garage sale, and like Sardis Lake Fire Department that has purchased a couple fire trucks, among other things, with Bingo proceeds.

If Burns BBQ or The Pier restaurant wants to take 3% off the top of their own business and put it in their own account, they are free to do so. But, I do not believe they should be mandated to take that same 3%, give it to the City (over and above sales tax and property taxes), and hope the City spends it well. That’s their money, and they are taxed enough already.

It’s apparent these individuals view me as an enemy. I’m still convinced they are not my enemy, but they just don’t know how to handle a politician who both makes transparent promises and then follows through. As a Christian, however flawed and full of sin I am, I still view them as neighbors and brothers with just very different views on Government’s core functions, budget concerns, and tax.

But, as your elected representative, I also view them as competitors to the voice of those I represent. They told me “You have committed political suicide” for voting against a wasteful tax spent as a slush fund with zero audit or accountability and for voting against a 5,000 page, $350,000,000 debt bill. Well, that’s just a risk I’ll have to take.

This is not combat, and they are not my enemies, they are just competition for your voice. And I love my competition. Any attack, whether public or private, forces people to fall back on their foundations, to rely on the things that have formed them the most. For me, its wisdom given to us through the Bible which I often fail. And the principles of combat I learned through being an Army Combat Engineer, Sapper Company Platoon Leader, XO, and Combat Engineer Company Commander whose purpose is to funnel the enemy into a time and space where they have superior advantage, breach and place minefields, place and overcome obstacles, and the like.

I was fortunate enough to go thru Army Engineer Captains course twice which is another story. In representing you, I also turn to my accounting background, and now that I’m back in the military with our Mississippi Army National Guard my occupation is as an Officer overseeing contracts for supplies and services; writing, reviewing, implementing Government contracts. Before I was elected or even thought of running, I was a small business owner, and I still am. Have been for twenty-five years. I am a former member of the Association for Governmental Accountants, and I understand audits, because I’ve studied them, painfully, and applied them in more ways than one.

I am more than happy to put my economic analyses of these issues up against a few politicians clamoring for more government dollars. These guys tell me that “taxes are good” or “you are damaging our community,” and they compare my fighting against taxes to being a cattle thief. Milton Friedman famously said, “Hell hath no fury like a bureaucrat scorned,” and I knew what I was doing when I touched the golden goose of these taxes.

On the note of Cattle, I’m very happy to say Pitcock Meats has been approved by the USDA for full Processing. This provides the ability to process meats for sale everywhere, Grocery stores, in state lines, and across state lines. This is HUGE for our cattle farmers. The equivalent of a new Sawmill for our Tree Farmers. You can support Pitcock right now by bringing your cattle there for custom processing between now and November when their USDA facility opens. Bring your cattle for custom processing now.

Back to the point: I have cast every single vote with these questions in mind: Am I voting with consistency? Am I doing what I promised the voters who elected me? If I don’t, they will hold me accountable, and rightly so. I ran on a platform of keeping taxes as low as possible, and this tax that I killed was among the most wasteful, least accountable, un-audited taxes I saw during Session.

And, although it may have been presented as a path to create projects you and I both would enjoy, taxes like this end up spent poorly and waste your and my money. I do not support that type of government spending. It’s wrong.

Every project we start is not a one-time expense but an ever recurring cost, so we have to careful not to increase the cost of living for my constituents, and put the State, Batesville, and Panola County further in debt. I promised to fight against all of these things, and my constituents trust me to do that. I have remained consistent in that fight throughout my term.

This vote is merely part of that. Those “railing against” me will give you lots of stats and promises, like all good salesmen, but it always boils down to this: “give us more of your money and let us decide what is best for you.” If my opponents were shocked by my vote, let me say it again: I am against big government. I am against higher taxes. I am against going into further debt, and so are the people who voted for me. No matter what they say, the fact of the matter is this: raising taxes simply doesn’t work. You can call it a special sales tax or a tourism tax or a good tax, but higher taxes are still not the answer.

The City of Jackson has among the highest sales and property taxes in the state, and it has a tourism tax to boot.. They don’t have roads fit to drive, clean water, or sewer that is fit.

My opponents mentioned the Concourse. Funded by appropriations, this would be a reasonable use of our budgeted funds, and I support it. But this all got changed by savvy politicians. Eventually, the money to pay for that, it was decided, was to come from a $350 million bond, which is just another word for debt. Nearly every project in the all-encompassing two bond bills totaling around $700,000,000 should have come from money we had the last two years instead of money we borrow. This would/did saddle our citizens with debt for years to come. Instead, we borrowed and raised nearly every State budget.

That is a problem in my opinion. (Secretary of State, Michael Watson reduced his budget)

Further, the Concourse debt, which you would pay the note on, was moved into a five inch thick bill, with just a page or two on the Concourse. Unfortunately, a vote is all or nothing, and I did then and now do oppose that type of government debt, even if it means not getting something nice that we would like to have.

Most just vote for these bills because they are attached emotionally to the small piece that’s in it for their district or believe they will please their districts by bringing home stolen or borrowed money. I am not attached to any special interest project enough to tie it to debt or continued excess tax. I will not sacrifice my promises to you, the voters, just to please local politicians wanting to build pet projects.

Finally, I was promised that the standard procedure ensured that an audit of the tax-funded expenditures would be in my hands before the bill even came up for a vote. This did not happen. The committee chair and I have met and gives me every reason trust his word moving forward. Many of the loudest voices crying for more taxes have no interest in the public knowing where all the money actually goes. But, I do.

The Supervisors can campaign for my future opponents as John Thomas did; Aldermen can claim that cutting taxes is “trying to hurt” Batesville – as Stan Harrison did; but I don’t lose sleep over this.

I made you all promises, and I intend to keep them.